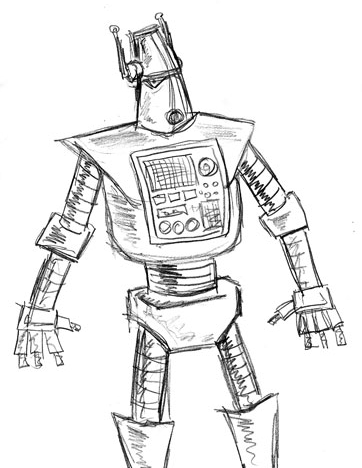 Over the past month, my colleague Kurtis and I have been engineering a fully environment. This article discusses the requirements that we had for our deployment system.  I eventually hope to discuss the entire thing, how we built it, and what revisions we make.

Why Deploying Can Be Painful

Most programmers hate deploying code. I certainly did until this past year. Deploying code is (often times) much harder than writing the code itself. Deploying requires a great deal of knowledge: OS configuration and setup, cloud provider APIs or physical server installation quirks, numerous software components, system monitoring, access lists, and a lot of other things.

At my work, we operate with a variety of technologies and tools, which makes deployment even more complex, as there is no one-solution-fits-all approach to managing our various components easily.

Since it can be difficult and frustrating (especially for small teams like mine, where we don’t have any dedicated sysadmins), many people tend to ignore deployment, or put it off till the last minute. This is the way I used to operate–I would work on my code for weeks at a time, and then once I had some features finished and bugs removed I would manually copy my code over to each production server, carefully update my project files, and then restart the necessary services and manually test like crazy to make sure I wasn’t breaking anything.

The approach I used to take was awful for numerous reasons. Among other things:

When Kurtis and I started discussing these issues, we decided it was time to do something about it. We wanted to build a deployment system to make our lives easier, our coding more effective, and our company more efficient.

When we started planning out our deployment system and doing research, we generated a list of requirements that (more or less) must be met by the system of our choosing. Here they are:

Those are the main requirements we had. And I’d like to think that they are still pretty solid. With those features, we should be able to focus on code, and let everything else happen naturally.

The continuous integration (and deployment) system should be able to run tests and deploy code. This step has the biggest impact on our work flow. Knowing that every time I git commit, my code is automatically tested and deployed to all development, staging, and production boxes (depending on the git branch) is an awesome feeling. This enables us to do a lot of cool things. Push bug fixes out immediately, push features out immediately, instantly test for problems, discover pain points earlier, etc.

The ability to run multiple levels of tests is also extremely important. Most folks (those who do any sort of testing, anyhow) will stop at unit tests. However, especially when you are designing large scale systems with databases, you need to test for concurrency problems, and many other factors that simple unit tests won’t catch. This means that we need the ability to launch performance test suites, and other remote tests that MUST run against a live development or staging environment to be useful.

Our requirement to get feedback is a no-brainer. What is the point of automating stuff if you can’t get reports when things don’t work?

And lastly, we chose to build in the self-healing requirement so that we would not end up wasting our time dealing with issues that are best solved automatically.

What are your experiences with deployment? I’m extremely glad that we decided to tackle this issue recently. We’ve still got quite a while to go before our system is perfect, but we’re making a lot of good progress, and have already saved hundreds of man hours with some fairly simple automation.

Sometime in the next week or so I’ll throw up another article on our deployment system, and dive into some technical details.