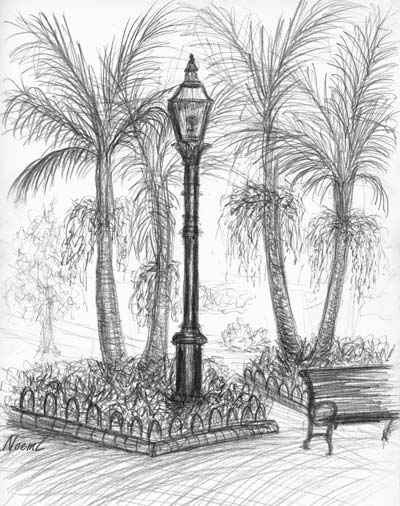 The stereotype of a computer programmer is a harsh (and mostly true) one. The typical computer programmer lives inside, in small dark rooms, typing away for hours at a time behind large monitors and drinking highly caffeinated drinks. Now, this isn’t a bad thing (quite the other way, actually), but it does definitely have an effect on your life. I have been living this lifestyle for quite a while, and only recently begun to change my habits around to avoid the madness that was once my life. While I definitely love the hacker lifestyle, and it totally suits my personality, something was definitely missing: real life.

For me, the change happened when I got out of school and started working full time. I actually had a schedule to follow, had to wake up early, drive into the office, etc. This was a huge change, as I was actually awake during the day and night instead of just the night. I really hated it at first, but after a while it grows on you. The sunlight made a big difference. And over time, I just gradually came to appreciate the outdoors more and more. Now, I have a hard time going for an entire day without stepping outside for at least a few minutes to get some fresh air. Being outside clears my head, makes me feel refreshed, and just generally de-frustrates me. Sometimes sitting inside for like 20 hours straight trying to figure out why my CSS won’t render on IE, Chrome, and Firefox will drive me mad, and the only way to escape is to go outside for a few minutes and walk around.

So after analysing this situation for a while in my head. I came to the conclusion that many programmers, like myself, probably never go outside because they’ve never really gotten the time. There are tons of things that prevent you from doing it: work, learning, trying to finish that one bit of code, munchies, sleep schedules, etc.

So why should you ever go outside anyway? Lots of reasons. It helps clear your head, gets you some vitamin D, makes you feel more human, and just generally increases your happiness.

So now you just need to find a way to get outside more often. Here are my suggestions (learned from experience):

So, in conclusion: get outside every now and then. It’ll clear your head, help you program better, and keep your sanity in check.