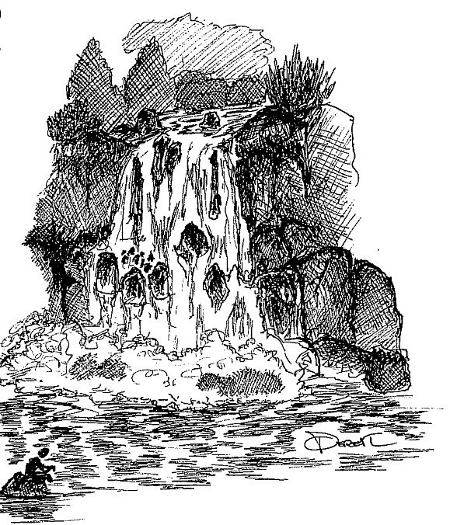 I often have business / charity ideas that I would eventually like to act on. I (stupidly) never kept a record of them anywhere, until today.

I ordered a new Moleskine notebook from Amazon, and decided to use it as an idea notebook. So from now on, whenever I get a business / charity idea, I’ll write it down in there, so that I can eventually I can either develop them myself, or cross them off my list as someone-else-already-implemented.

Neverending Charity is a non-profit organization that accepts monetary donations, and places them into high-yield savings accounts.

The idea is that by pooling money from many people who donate, and storing that money in high-yield savings accounts (to gain a certain percentage as interest each month), the charity will never run out of money to donate to its cause.

Since Neverending Charity will be (for the most part) completely automated, there will be little to no operational cost, and 100% (or close to it) of donated funds can be given away. It will be self-sustaining (never have to worry about recessions, or anything like that), and will be able to provide an eternity of awesomeness without worry.

The Problem With Current Charities

I really love charities. Any group that can really change the world is a good thing.

The problem with most charities that exist now, however, is overhead. The cost of running charities can be high, depending on the type of organization. Paying for physical stores / collection centers like the Salvation Army or Goodwill can really rack up expenses. Not to mention the fact that they have to pay tons of employees to handle goods and organize locations.

The beauty of Neverending Charity is that it is simple enough to require very little operational cost. Most of the process can be fully automated. And what can’t be automated can be done (for the most part) online. Creating Facebook fan pages, twitter accounts, and performing SEO optimization on the website can all be done with very little effort and cost.

Obviously, the downside to Neverending Charity is that you aren’t generating enormous donations every month (at least, not initially). So let’s do some math below to see how much donation money Neverending Charity would need to reach certain markers.

For all examples below, we’ll just assume that the interest rate on our high-yield savings account is 2%. This is an unrealistically low number given the amount of money that we’ll be collecting interest on, but we’ll use it for conservative purposes.

The numbers required to make a big impact are large, but don’t forget-once people donate, their donation will live on forever and continuously increase the monthly donation account.

Since Neverending Charity will last forever, the cumulative effort of all contributers will make a large difference when combined.

Neverending Charity really appeals to me (as a programmer), because it can be automated to such an enormous extent. Given enough donations and popularity, it could very well generate thousands of dollars a month to give to good causes.

What if instead of giving money to a single cause every month, Neverending Charity allowed donors to vote on which organization should receive all proceeds for the given month?

By allowing donors to vote (whichever group / organization gets the most votes at the end of the month gets the interest for that month) for which organization they think should get help each month, Neverending Charity will be able to reach a larger audience of contributers, and collectively do more good in the world.

Democratizing the charity process is something I haven’t seen done before, and could be an extremely popular premise.

So, in a nutshell, Neverending Charity will be a non-profit group that leverages the power of the internet, large amounts of people, and banks to make the world a better place, one month at a time-forever.