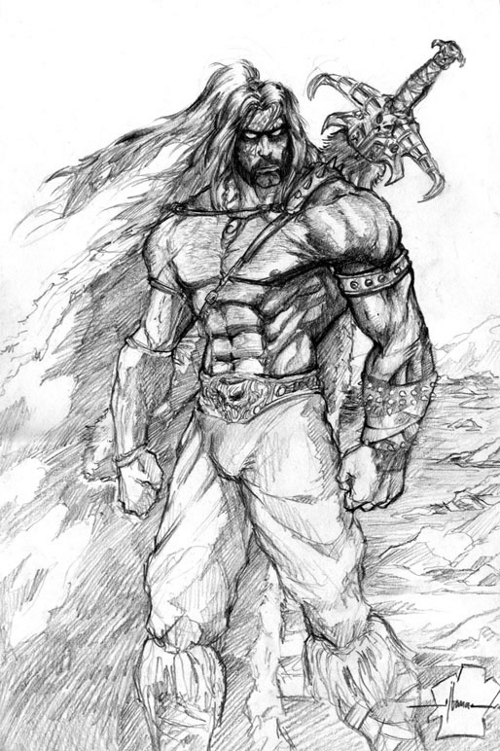 I’ve recently started reading biographies of famous historical figures, and came across some very interesting stuff while reading Ghengis Khan and the Making of the Modern World, a biography of the life of Ghengis Khan (an amazing book, by the way).

While Ghengis Khan had many traits worth writing about, one in particular caught my attention: absolute victory. When Ghengis Khan entered conflicts, he did so with 100% of his energy and effort. To him, every challenge required life-or-death dedication, and the complete destruction of his enemies. During times of war, after the Mongols had conquered a city, they would then:

During Ghengis Khan’s time period, this was unheard of. Instead of simply looting the city and moving on, Ghengis Khan went to extraordinary measures to completely desolate the city’s political structure by killing all members of high-society, thereby removing the main long-term threat of revenge and future political problems. Furthermore, by allowing the local populations to control their own cities as normal, and by marrying one of their officials into his family–Ghengis Khan adopted these cities as his own family. This helped unify cities under his overall rule, and lead to a sense of security and loyalty for the people living in these regions. Even though they were not Mongols by culture, they had become Mongols by family ties, and through their great treatment, allies of Ghengis Khan.

This led me to think of how absolute victory is perceived in today’s society. In modern society (at least in Western culture), absolute victory is heavily frowned upon. It is often said that one should do “one’s best”, and that relentlessly pursuing victory is selfish. I believe this view stems from Western mannerisms. It is considered impolite to publicly display your lust for victory. By wanting to achieve victory, it is often implied that you want others to lose, which makes people feel uncomfortable.

I like the idea of absolute victory. It inspires passion, drive, and desire. The idea of simply “doing your best” may sound noble, but often doesn’t live up to its expectations. When you simply shoot for “your best” in anything you do, you subconsciously lower the bar for “your best”. By missing the critical component of competition and life-or-death dedication you remove an enormous amount of pressure from yourself to achieve at a much higher level.

Imagine how much more you could achieve by mentally staking all or nothing on victory. Instead of working on that new startup you’ve been thinking of, commit to it life-or-death. Make it into the best possible company you can, and push it to a level that leaves no room for competition of any sort. Completely dominate your competitors in every way, and leave only ashes in your wake. It may sound extreme, but focusing on absolute victory will help drive you to do your best work.

Try harnessing that fire inside of you, and practice absolute victory on a project sometime this week. Be merciless with your execution. Let me know how it works out, I’m extremely interested in this sort of thing.