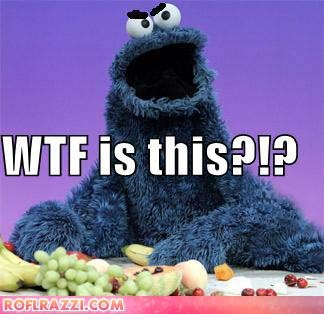 Over the past two years, I’ve learned a hell of a lot about deploying Django apps into production. And yes, I really do mean a HELL of a lot. While Django is a great web framework, one of its primary weaknesses (in my opinion) is a lack of strong deployment documentation and community standards. There has been no easy way (until now, kinda) to deploy your apps into production in a reliable, simple fashion. Period.

Sure, there are excellent best practices that a few awesome programmers follow, but for the majority of users, the best practices are just too complex and time consuming to setup and administer for typical site.

Let’s pretend, for a moment, that you’re an intermediate Django programmer. You spend 8 hours a day working on a single project that is built purely in python / Django. Your primary main objective is to keep your users happy (fix bugs, release new features, etc.). You’re fairly familiar with the Django ecosystem: you know which apps to look at for solving various problems, and you know where to find information you don’t already know.

Let’s further assume that you’re also an all-around-geek, and manage your own Rackspace or Amazon servers which you use to host your Django app. You boot your fresh new Ubuntu cloud server, then install Apache and mod_wsgi to run your Django site. You then spin up a second server and install PostgreSQL, which your site uses as its primary data store.

You think you’re doing a good job–you wrote your app and got it online, spent time learning how to use your cloud provider’s APIs to boot up your new server, and you managed to install, configure, and administrate your app. Furthermore, you know where to look for problems: apache error logs, Django 500 and 404 emails, etc. In your mind, you’re awesome.

When you think about the amount of effort you put into your work, you feel highly accomplished. Not only did you do a good job getting everything running, but you also spent years learning all the technologies that power your site: HTML, CSS, Javascript, Python, Django, Linux, etc.

After three months of building your site, and 1 month of getting it running in production, you finally have real users. As a matter of fact, you’re getting about 20 hits per second. While this may be awesome for business, your web server’s load is 14, and your users’ HTTP requests start timing out.

Since your PostgreSQL server still has reasonable load, you decide to scale your site horizontally by spinning up a second web server, and splitting HTTP requests between the two. This way, you can serve twice as many users and keep your site running smoothly.

You spin up a new server, install Apache / mod_wsgi again, then copy your code over. After a few hours researching HTTP load balancing, you decide to use HAProxy to proxy your requests. A week later, you have HAProxy running on a new server, and can see HTTP requests hitting each web server.

Finally, your users can view your site again, whew. WRONG.

As your site has grown, you’ve noticed that several pages have started eating lots of CPU cycles. Upon further analysis, you see the problem: rendering the dashboard page requires about 30 time intensive SELECT queries on your PostgreSQL server. Damn. To make matters worse, you can tell that if you don’t get this fixed right away, the database server will be destroyed by the week’s end.

To avoid repeating the large SQL queries, you decide to cache the page data for an hour the first time a user visits the page. That way, repeat requests for that page will not generate repeat SQL queries, thereby taking load off the database. You provision a new server, and install memcached. Two days later, you’ve got a caching server working, and you’ve rewritten most of your Django views to utilized memcached.

Now you can finally get back to coding! WRONG.

Your pages are still loading slowly. You analyze your code base, and realize the new problem: once your cached page expires (at the end each hour), multiple users hit the page simultaneously, generating numerous time intensive SQL queries, effectively hammering your database server and causing HTTP timeouts. Back to the drawing board.

At this point, you’re frustrated with progress.

After a few days of research, you discover how to solve your caching problems: cache invalidation + distributed message queues. Essentially, each time a user adds new data to your site, you’ll:

This way, your page cache is never stale, and you never run into the same traffic stampede issues that you previously had.

The only problem now is that setting up a distributed message queue is a lot of work. You need to setup a RabbitMQ, celerybeat, and one (or more) celeryd servers.

Two weeks and a lot of energy drinks later, you’ve got it all set up and working. You’ve rewritten most of your initial Django code to make good use of celery and memcached.

But… Then you realize the PostgreSQL server is dying. FUCK!

At this point, you’re dying to get back to programming. You’ve spent almost two months keeping your site running, but that’s it. You haven’t had time to work on bug fixes, or feature requests for your site. To top it all off, you’ve had to rapidly learn numerous new technologies just to keep things going, and you’re afraid that if anything fails, you’ll be completely screwed.

In order to maintain your sanity, you spend a few more days researching server management tools, and discover puppet. Then… 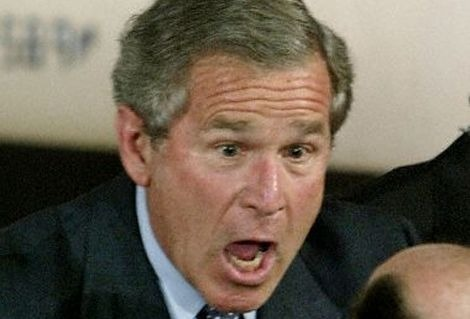 Yes, grasshopper! You now see it: you have only begun to discover the amount of work that lays ahead. You’ve barely scratched the surface as to the tools, methods, and skills necessary to manage and operate even the simplest of production sites. Your work is cut out for you.

If I’ve learned anything in the past two years working with production Django deployments, it’s that deployment is fucking hard. Every real project I’ve put into production over the past few years has involved hundreds (if not thousands) of hours worth of infrastructure management. Even though I’d like to think that my overall sysadmin skills are slightly above that of your typical programmer, I still spend an inordinate amount of time working on infrastructure.

After speaking to loads of other programmers in the Django community, I realize it isn’t only me who has this problem, it’s everyone. While I don’t have any statistics to back this up, I’d estimate that typical Django programmers spends at least half their time working on infrastructure related tasks.

The Django community is at an interesting place right now.

We’re sitting on verge of an enormous technology breakthrough. There are currently sufficient tools, methods, and practices that allow Django developers to build simple, robust, and scalable applications. However, the community as a whole lacks direction and confidence in deployment.

First and foremost, all of the Django hosting companies around (Heroku, Gondor, etc.) need to really step up their game. These companies are in the best position to fix the deployment problem. Their livelihood depends on making developer’s lives easier, and since they have developers giving them money, they’re in the best position to gather real world usage data from numerous Django developers, and build elegant deployment abstractions.

I’d personally like to see Heroku succeed as the dominant Django hosting provider. In my opinion, they are tackling the deployment problem the best way. Their model is simple: provide solid support for hosting your apps, and a large collection of add-ons that any developer can easily add and remove from their site in an instant. Their addons allow you (as a developer) to completely ignore 90% of typical infrastructure work, focusing purely on application code. Furthermore, since Heroku is running on Amazon’s cloud, it’s likely that their prices will drop over time as their user base continues to grow and Amazon’s infrastructure becomes a commodity.

Second, we need strong deployment leadership from Django’s core team. In my opinion, Jacob Kaplan-Moss is best posed to take on the role of deployment-BDFL. Jacob (one of the Django creators and core developers) is an outspoken devops advocate, frequently giving presentations on Django deployment and infrastructure best practices.

While this will surely upset a lot of people who believe in Python’s flexibility, Django needs to take an opinionated stance in regards to tools, patterns, and practices. Without a stance, the community will stay as it is: stuck in a confused state regarding deployment.  If we (as a community) can agree to take a stance on deployment: decide what to do, and what not to do–it will revolutionize Django.

Third, the open source community needs to develop high-level abstractions for common patterns. There are currently excellent tools available to Django developers wanting to build production apps (celery, RabbitMQ, memcached, redis, etc.), but due to the complexity associated with setting them up and managing them, they are not used nearly as often as they should be.

Developers need tools to fully automate and manage various pieces of Django infrastructure. If it was as easy to deploy an auto-scaling distributed cache as it was to start a Django app on the command line, Django developers everywhere would be much happier.

I Have a Dream

In my dream, all Django developers (from the newest to the most experienced) can rapidly build their web apps, knowing that production deployment is at most 10 minutes away from completion.

Imagine a world where (as a developer) you can build an app, and have it running live in a best-practices, scalable, and sustainable way in no more than 10 minutes. The possible benefits are tremendous:

We’re at an awesome time in Django history.

Each of us has the ability to greatly effect the future of the framework we all love so much. We have the ability to influence the newest generation of sites that power the internet. We need to collectively decide to show our fellow developers the light, and remove the confusion that exists around deployment.

EDIT: Based on the feedback I received from this article, I decided to write a series on deploying Django. If you’re interested, you can read the first part here.

UPDATE: If you liked this post, you may want to check out my new book on Heroku, The Heroku Hacker’s Guide. It covers ideal ways to deploy your web applications on Heroku to reduce the pain.