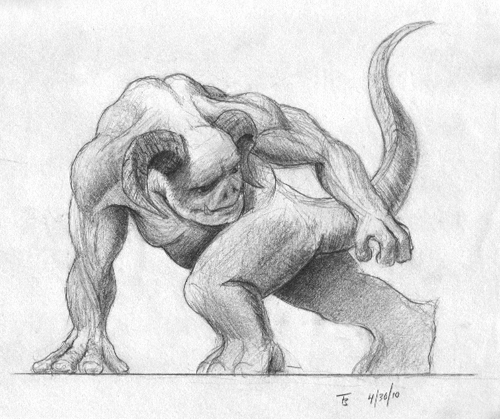 This is the fourth article in a series I’m writing titled DevOps Django. If you’re new, you may want to read the first part of the series before this one.  In this article I’ll be continuing where I left off in the previous article: explaining why I chose to move my company’s teleconferencing service from Rackspace to Heroku.

Making the decision to move my company’s infrastructure from Rackspace to Heroku was no easy task. As I’m sure you all know–moving infrastructure components is an enormous risk, even in the best of circumstances. However, despite the immense risk involved, a change was needed.

As I mentioned earlier in this series, I work for a tech startup. With a small team of people, you don’t have much time to mess around. Our greatest expense as a company is engineering time. Our company’s revenue is directly correlated to our productivity. The more bugs we fix, features we deliver, and users we make happy–the more money we make.

Even though we were using the best devops tools available (puppet, nagios, etc.), we were spending almost all of our engineering time building and maintaining our infrastructure. For me, this meant a typical day ended up looking something like the following:

Regardless of the fact that I enjoy writing puppet modules and building a large, scalable infrastructure–it is disheartening to spend an entire month working extremely hard, building awesome back end tools, only to have nothing to show your users for your hard work. While I’m *extremely* happy and grateful to have learned so much about deploying robust services, a change was necessary.

When I sat down and calculated what a typical workday would look like for me if we moved to Heroku, I immediately knew we needed to make the switch, regardless of the risk. Based on my time estimates, a typical day for me (after moving all our infrastructure to Heroku) would look something like:

That is a drastic change.

There’s nothing I love more than writing code (excluding my wife and dog). Building infrastructure tools is fun and all, but in comparison to building new libraries and features? No comparison.

With the ridiculous amount of time Heroku would save each day, my company would be able to ship insane amounts of code. When I discussed this with my boss, the decision seemed clear: use Heroku.

After calculating the manpower time Heroku would save, the next thing I wanted to calculate was the price. Exactly how much will it cost us to move to Heroku?

NOTE: I received a lot of price related questions when I published the last installment of this series. A lot of people emailed me saying that they’d love to use Heroku, but after looking at their prices, decided to stick with AWS or Rackspace. Hopefully this information clears up any misconceptions.

To start, I’d like to take a moment to explain Heroku’s overall pricing scheme. Understanding how Heroku bills will probably answer a lot of questions.

Heroku’s core service is a dyno.  A dyno is essentially a long running program that:

For each application you have on Heroku, you get 1 free dyno per month. If you just want to run a small website, you can do it completely free of charge. For each additional dyno you run, Heroku charges 35$ per month (5 cents per hour, at the time of writing).

Based on Heroku’s simple pricing rules, you can easily gauge how much running your application will cost. What’s nice about Heroku’s billing is that, like AWS (which Heroku is built on top of), you pay only for your usage (per hour). This allows you to instantly scale up (and down) your dynos based on traffic. If you get a lot of hits every Friday night, you can spin up a few extra dynos to handle the load, then remove them Saturday morning, only spending a few dollars in the process.

In regards to Heroku’s database pricing, here’s what you need to know: every application you create can use a free shared PostgreSQL database. The free database you get allows you store as much data as you want. The catch? The free database only provides 5M of RAM for your data. That means queries will be slow; however–for a majority of sites, a shared database will suffice. What’s great about the shared database is that, like their paid counterparts, Heroku manages it for you. That means no data loss, full access to your backups, etc.

What’s nice about the dedicated database plans (and what justifies their price, in my opinion), is that:

If you take into account what you get for those database prices, you’ll see that you’re getting an insanely good deal. My favorite feature is Heroku’s concept of forking and following.

And I’d have a new read slave up and running in a short period of time.

Similarly to Heroku’s follow feature is fork. Forking a database gives you a new database with a snapshot of your existing database’s data. It won’t stay up-to-date with changes (aka: become a read slave). This is useful for creating staging environments with real production data in them, testing schema changes, etc.

Given the amount of work it takes to create new read slaves and databases by hand (or using tools like puppet and chef), Heroku’s method is infinitely simpler, and more graceful. Furthermore, in my experience, the process is very fast. When I’ve provisioned read slaves for my applications, they only take as long to finish building as the amount of data needed to copy over to them.

Heroku’s add-ons are… Well… Perfect. All the add-ons I use in production: memcached, NewRelic (this particular add-on is so amazing that I’m dedicating an entire section of this series to it), Redis, and RabbitMQ are all excellent.

The add-ons are all very fairly priced (in my opinion), and have free tiers that allow you to use them at no cost with small amounts of data. Just as with Heroku’s free tier, a majority of the add-ons’ free tiers are sufficient to use for small websites without paying a dime. This lets you bootstrap your projects from the start, and pay for them as they grow.

As with Heroku’s dynos, all the add-ons I’ve used provision instantly. In addition to fast provisioning–all add-ons can also be resized; you can downgrade or upgrade them at any time using the Heroku command line tool. This makes scaling your infrastructure components a one liner.

One thing that played an important role in our decision was the hidden cost of running our infrastructure ourselves.

When you’re simply looking at basic price comparisons between services (in our case, Rackspace vs. Heroku), it’s easy to miscalculate cost. In our case, we looked at the cost of Rackspace instances vs. the cost of Heroku dynos.

Since Heroku dynos give you 512M of RAM to work with, I based my initial price comparison on this factor. A single Heroku dyno costs 35$ per month, and a 512M Rackspace server costs 21.90$ per month. According to this simplistic analysis–Heroku looks approximately 1.5x’s as expensive.

The hidden costs show themselves in three primary areas:

Quite possibly the largest hidden cost for us was infrastructure management.

The most obvious manifestation of infrastructure management cost in our company was engineering time. As I stated above, it was not uncommon for me to spend 85% of my time (per day!) writing infrastructure related code. That’s an enormous investment.

The second hidden infrastructure cost is related to building reliable services. Since my company primarily builds teleconferencing systems, high availability is a requirement. It is simply unacceptable for us to have even small periods of downtime, since we’re dealing with real-time conversations.

Having multiple backup servers ready to handle outages adds considerable expense to any infrastructure. For us, it meant we paid nearly twice as much as necessary to host our servers so that we could reliably recover from failures.

In addition to the extra server cost per month, there is also a high overhead for time required to not only build working backup and fail over programs for each piece of our infrastructure, but also to build (and test) the recovery software itself, to ensure that when we do fail over, it actually works.

While not nearly as devious infrastructure management cost–scaling cost is also infrequently mentioned.

In the teleconferencing business, it is normal to get large amounts of traffic during certain hours of the day. Since our business is fairly easy to predict, dynamically resizing our infrastructure based on actual need can save a lot of money.

Unfortunately, in order to dynamically resize your infrastructure, you need to spend an enormous amount of time building tools that can do this. In my case, I spent many hours over a period of almost a year writing fabric scripts that could bootstrap new nodes (new web servers, RabbitMQ servers, etc.) using the apache-libcloud library. While both fabric and apache-libcloud make writing these sorts of scripts easier, it is still a large task to do it right.

Even after writing scripts that make dynamically creating and removing servers simple–there is still a time factor involved in the actual process. For instance–booting a Rackspace server can take anywhere from 60 seconds to 5 minutes. In addition to that, once the server has been booted, the scripts I wrote would install the required base software along with puppet (to handle the node configuration). Once puppet is installed, it would take another large block of time (up to 30 minutes for some applications) to fully finish provisioning the server for usage. That’s a long time.

Having a 35+ minute delay when you need to scale your infrastructure? Unacceptable.

One of Heroku’s greatest strengths is their incredibly simple scaling procedures. You can instantly add and remove dynos with a single command. Furthermore, their scaling seems to be instant. There is no waiting to provision new servers, install puppet, etc.–it just works.

Depending on what sort of applications you run, bandwidth pricing may be a concern for you. In my case, we don’t use much bandwidth, so it was never a considerable cost–but I thought I’d mention this anyhow.

The way Heroku handles bandwidth pricing is that each application you have is allowed 2TB of bandwidth per month, included in your cost. Any more than that, and I’m assuming they’ll charge you extra (although I could not find information on this anywhere on their site).

After analyzing the costs (both obvious and hidden) of both keeping our setup the way it was, or switching to Heroku; we decided overwhelmingly to move to Heroku.

In terms of usefulness, simplicity, elegance, and cost–there is absolutely no comparison. For my company, using Heroku was clearly the best choice to make.

Since switching to Heroku, my company has saved lots of money on server costs, and even more money in engineering time. Since the switch, we’ve completed more features, bug fixes, and have overall accomplished more than at any other point in the year. The effect has been tremendous.

In the next part of this series, I’ll be discussing how I actually moved my company’s infrastructure from Rackspace to Heroku. I’ll get into the technical details, and explain the entire setup from start to finish.

UPDATE: I wrote a book on Heroku! If you liked this post, you should check it out. It’s called The Heroku Hacker’s Guide, and you can buy it here: http://www.theherokuhackersguide.com/