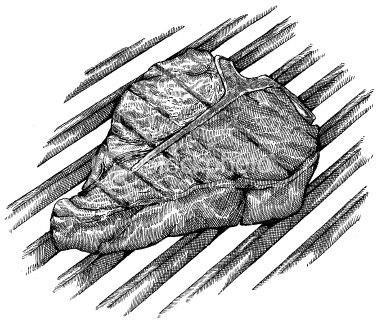 Exactly 1 month ago, I decided to try a new diet regime. Over the past 7 months now I’ve been slowly losing weight, trying to get down to my goal weight of 175lbs before doing some more serious bodybuilding type stuff.

Last month I decided to go on a strict ketogenic diet. This basically involves eating less than 30 grams of carbohydrates a day, which forces your metabolism to break down fat tissue for energy instead of glucose in your blood stream. Not consuming carbohydrates also helps to strictly control your insulin levels, which spike up (allowing your body to store fat) when you consume carbs.

If you want to read more about ketosis, check out the wikipedia article or this good summary.

For the past month I’ve been on a strict keto diet. No cheat meals, nothing. It was a lot easier than I thought it would be. I didn’t crave any sugary foods for the last several weeks, and I’ve been feeling great the entire time. Overall, I feel more energetic, and a lot more stable throughout the day.

When I weighed in exactly 1 month ago I was at exactly 244.0 lbs. This morning I weighed in at exactly 227.2 lbs. Over the past month I’ve lost more than half a pound per day! This is a pretty insane amount of weight loss considering how easy it was to lose the weight.

The other interesting thing to note is that this entire month, I’ve not exercised as hard as I usually do, and I’ve also consumed way more calories than I was previously.

Before last month, I was losing weight via calorie restriction (primarily), and exercise. I was doing high-intensity training 5 days a week, and running the other days. I was also eating around 1700 calories per day, average.

This month, I did only a single day of high intensity training. 2 weeks, I did no exercise, and split amongst the other two weeks, I did biking several days of the week. My average caloric intake this month was around 2000 calories per day. I made it a point to eat until full almost every day in the month.

I’ve really enjoyed maintaining ketosis for a solid month. I’ve felt a lot healthier, happier, and more energetic. Eating fatty foods has been really easy and tasty, I haven’t missed carbs. For now, my original plan remains: I’m going to stay in ketosis until I reach 175 lbs, and then re-structure my diet to reach my bodybuilding goals.

I’ll post another update at the end of my second month, and hopefully be able to share more interesting results!