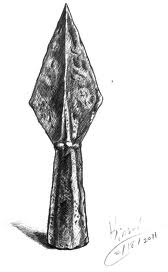 Up until recently, my Jenkins work flow has been tedious. It typically went something like:

At work, we’re constantly building out new servers–sometimes, automatically. And Jenkins is a critical part of our infrastructure. We use it to build, test, then deploy all of our code straight into production. When we spin up new servers, the process looks like this:

This is where the problems happen–since we haven’t manually verified the identity of our new server, our Jenkins box will just start failing builds since it won’t SSH into a server before accepting the identity.

To remove the hassle of manually accepting each server’s identity, we recently decided to do away with the identity check all together to make our lives easier. This solution may not work for everyone (especially if security is a real concern for your team), but for us it works great!

This will let your SSH client completely ignore the remote machine’s identity when ssh’ing into an unknown server. This is great for us, since we’re constantly building out new servers automatically, and we’re willing to accept the associated risk.