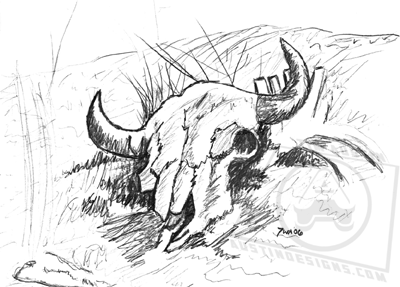 For the past year, I’ve been living in a relatively small city in central California: Bakersfield.

Last year (a week before Thanksgiving Day), my wife’s employer gave her an immediate (urgent) promotion, and we quickly packed our bags in Los Angeles and moved ~2 hours north to Bakersfield.

I’ve been working at home the past few years, so my wife and I decided when we got married (almost 3 years ago!) that we’d move wherever was most advantageous for her work.

When we started the move, I had essentially no knowledge about Bakersfield. I pretty much assumed it was a small little city in the middle of nowhere, and that I’d be surrounded (more or less) by farmland.

Since people are always pretty shocked when I tell them I live in Bakersfield, I figured I’d take a few minutes to reflect on the past year of being here. Next time you hear about Bakersfield, you’ll be able to relate :)

Throughout California (unbeknownst to me at the time), Bakersfield has a pretty bad reputation. When we got the news that we were moving to Bakersfield, my wife and I started talking with our friends to see what they knew. Among other things, we heard:

After hearing all the horrible stories people told us, my wife and I basically made a pact to ourselves: we’ll just tough things out and deal with it however crappy it may be. When we loaded up our Uhaul and headed to an extended stay in Bakersfield’s downtown area, we expected the worst.

Within the first few days we saw a drug deal go down in the hotel parking lot, the doorman smoking weed and other drugs outside the guest windows, and many loud arguments–it wasn’t pretty.

In addition to the crappy hotel we were staying in, the weather was insane. My wife and I figured that since Bakersfield is only ~2 hours north of LA that the weather would likely be the same–we were totally wrong.

Through winter (November -> April) Bakersfield is freezing cold. Like 30F cold. There was routinely ice on the grass in the morning, and throughout the day the temperature was a cold 45F -> 55F.

I only own shorts and t-shirts (I live in California, don’t judge me!), so I ended up making abundant use of the toe heater in my car.

Other than the hotel and weather–the city smelled like farmland. The smell you get when driving through a cow farm–that sort of thing. A mixture of manure and fog is the best way I can describe it. Luckily, this must have been a temporary thing (wind blowing the scent?), because we only experienced it for a few days, after which it seemed to go away (it comes back from time-to-time).

The people, however, were awesome. Everyone we met seemed really friendly and welcoming, which made us feel a lot better about the move. Coming from Los Angeles, having people say “hi” to you as you walk down the street is an odd feeling. Both my wife and I were really surprised that everyone was so nice.

Once my wife got acclimated to her new work, we started apartment hunting and exploring the city. We looked at a ton of different apartment complexes in various parts of the city, and asked a lot of questions.

Bakersfield is broken into quadrants (for the most part). You’ve got north-west, north-east, south-west, and south-east. What we learned along the way is that east Bakersfield is a lot more run down and “ghost town-ish” than the rest of the city.

My wife and I eventually landed a really nice 3 bedroom 2 bath apartment (enormous square footage) in a beautiful complex next to a very nice public park for only 1225$ per month.

Other than driving around throughout the city looking for places to live, we also went hunting for nice places to hang out. After lots of exploration, we found some beautiful city parks: Hart Park and The Park and Riverwalk, nice jogging (and biking) trails, and a few great restaurants (Salty’s BBQ is amazing).

We also joined the local gym which, despite its horrible online reviews, has been really nice.

After a couple of months, we felt right at home.

What a lot of people don’t seem to realize about Bakersfield is that it isn’t all that different from Los Angeles.  It wasn’t obvious to me at first, but shortly after moving here I realized some of the similarities:

The differences between Bakersfield and Los Angeles were immediately apparent:

A majority of the people living here work for the big oil companies, so there are a ton of huge SUVs and trucks everywhere, and most people work in the oil fields all day.

Since the city is relatively close to both Southern and Northern California, my wife and I have had a pretty good time driving around to go to events. We tend to head to either Los Angeles or the Bay Area once or twice a month, which forces us to get out of the house and go do something interesting with our friends in tech.

With only a 2 hour or 5 hour drive to go to either LA or SF, getting on a plane isn’t even worth it. Unfortunately, however, after you’ve made several multi-hour drives, it tends to wear you out quite a bit–and each time I decide to go to an event, I have to take commute into heavy consideration, as it will be an all day affair.

One of the things I’ve enjoyed most about my time in Bakersfield has been the isolation. Since moving here last year, I’ve been more or less isolated from all my typical duties: events, celebrations, etc. (with several exceptions). I’ve tried to make the most of this isolation, and use it as a productivity tool.

In the past year I’ve spent a ton of time learning new technical things, writing a book, launching a company, building lots of open source libraries, and working on personal development.

I’ve also pushed myself harder than I have in the past, and have experimented with various motivation and productivity strategies to help stay focused and continue building cool things.

Overall, I’ve gotten a lot done, and have had a lot of fun doing it.

While living in Bakersfield is certainly not for everyone, I’ve really enjoyed my time here. For me, Bakersfield has been a nice cozy cabin, where I’ve been able to focus on my work and myself without distraction–while being close enough to larger cities to visit semi-frequently.

At the moment, both my wife and I are currently looking for a new adventure. We’re currently debating between heading up north (Portland or the Bay Area), heading south to LA again, or possibly going overseas. In the next several months we’ll choose a destination and head out.

If you happen to be driving through Bakersfield in the near future, or want to chat about the city, feel free to shoot me an email: r@rdegges.com.