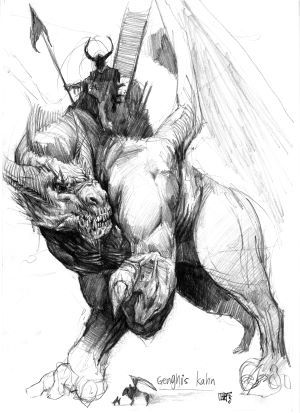 Sometimes personal development can be hard, really hard. I find that I go through periods where I just feel exhausted of continuously trying to make myself a better person.

Unfortunately, I don’t really see this discussed much online. I think people who write online tend to do so when they’re feeling good, thereby eliminating a big amount of the negative personal development articles that would exist otherwise. Since I’m in a neutral mood right now, I figured I’d throw my opinions up here to contribute to the discussion.

When I’m exhausted with personal development, I tend to not do much to fix it. Instead of consciously seeking out ways to get out of my slump, I’ll usually just sit around thinking about things myself. When I get into this mood, I feel completely exhausted.

I think that becoming tired of dealing with personal development in a normal thing. When you spend a large amount of your time and energy trying to better yourself (eat better, work better, play better), it is only natural that your body and mind will need some time to rest.

The real problem arises when after you’ve sufficiently recovered, you still can’t get yourself back into the development phase again.

To me, nothing is more motivating than a big life or death challenge. We’ve all seen this in movies, and read about it in books.

The hero is hopelessly outnumbered, surrounded by bad guys. He’s weak, frightened, and near death. He realizes that he’s about to die, and then, his life flashes before his eyes. He immediately realizes why he’s fighting in the first place, and decides to commit to winning with his life. A moment later he explodes in fury, wiping out his enemies, and emerging victorious.

The reason the hero won is because he went to war. He knew that he was in a dire situation, and he decided to do whatever it would take to win.

War can be a powerful motive, not only for heroes in movies, but for you. If you find yourself stuck at a point where you can no longer progress, and find yourself battling off the forces that be but not winning–maybe you should consider starting a war.

Doing so is fairly easy: you commit to winning with your life. You make a pact with yourself to fight this thing with every last ounce of energy left in your body and mind, or you die trying.

This sort of motivation is drastic, probably not recommended by psychiatrists, but effective.

I’ve found that the war motive works really well for me. I’ve used it frequently over the past few years to kick myself out of poor situations and progress regardless of whatever issues I was facing at the time.

What techniques do you use to motivate yourself, and push yourself beyond your limits?