WARNING: This is a bit of a rant. I’m going to assume you have a basic understanding of Heroku, and web application architecture. 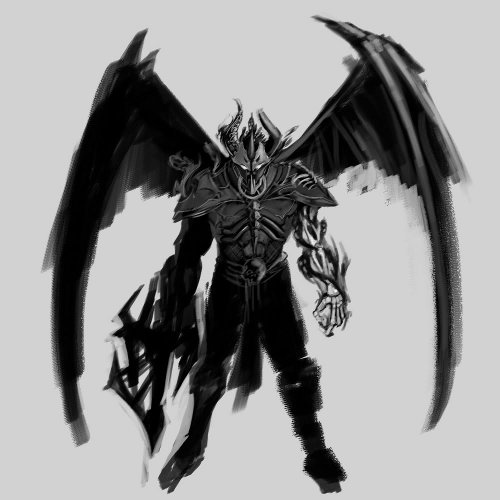 I’m usually not the type of person to get involved in internet debate (because I typically avoid politics as much as possible), but yesterday I read an incredibly fraudulent article which really made my blood boil: The Cloud is Not For You.

Before I start to rip holes in David’s article, I’d just like to say–David is a good programmer. In fact–he’s a much better programmer than myself. If you’re involved in the python web programming world, you’ve likely used his software, and seen his presentations.

While I’ve never met the guy, he seems like a decent dude. So if you take anything away from this rant, let it be purely technical >:)

Also: I should probably mention that I’m in no way affiliated with Heroku. Like David, I know several Heroku employees, but that’s the extent of my relationship.

Ok then! Let’s talk about Heroku!

At its core, Heroku is just a simple UNIX platform; specifically, Ubuntu 10.04 LTS.

The entire Heroku platform is really nothing more than small Ubuntu virtual server instances that can be spun up and down on demand. Each instance (Heroku calls them dynos), has:

NOTE: If you want to calculate your costs for running your application on Heroku, they have a really nice cost calculator you can use.

So what does this mean? Well, it basically means that Heroku can run pretty much any Ubuntu compatible software you can think of. It also means that there’s really nothing magical going on here–it’s just UNIX.

Heroku is Centered Around Apps

Unlike most other cloud providers, Heroku isn’t in the VPS business. Their goal isn’t to sell you virtual Ubuntu servers that you configure yourself. Their real goal is to handle that stuff for you, and let you focus on building applications.

The main idea is that:

Does that sound good to you? Of course it does! Heroku encourages good application design and architecture from the ground up, by making certain assumptions about your project from the start.

If you’re writing an application–why should you have to:

If you want to do that stuff, Heroku isn’t for you. Heroku is for programmers who want to build applications.

Do you write good software? If so, you’re probably familiar with the term “best practices”. In the past several years, web developers have learned quite a lot about the ideal way to build web services.

Since web development first became popular, all patterns and development rules have culminated into something called The Twelve-Factor App. The 12 factor app is a set of guidelines that service developers should follow to build applications in the most effective way possible.

Heroku’s entire platform not only encourages 12 factor design, but enforces it.

One of Heroku’s greatest strengths as a platform is its modularity. The core Heroku platform gives you a basic way to deploy and manage your code base and applications, while the Heroku Add-ons allow you to pick-and-choose your various infrastructure components.

Adding, resizing, and removing infrastructure components is reduced from hundreds of hours of sysadmin work to a single command.

Instead of building out your own infrastructure services, you can easily spin up (and down) the services you need, when you need them–paying only for what you use. Not only do you not need to worry about service interruption (these are all fully managed infrastructure services), but you have support channels, multiple options (you can easily swap out add-on providers), and excellent monitoring tools available to you with a single click.

Let’s Talk About Replacing the Cloud

If you want to build your own redundant, fully managed infrastructure services – go right ahead. Nobody is stopping you. There are great tools like Chef, Puppet, and Salt which make this process a lot less painful than it used to be.

Unfortunately, regardless of which tools you choose–managing infrastructure with any of the tools above is an enormous job. Sure, you could do what David did:

About three days into it, and I had learned how to use Chef (I don’t write Ruby), brought up two full pluggable configurations for a db node and a web node, written a deployment script in Fabric, migrated to the new hardware and destroyed my Heroku and Linode instances. Three days, that’s all it took to replace the cloud.

But all you end up with is a false sense of security in your new design. 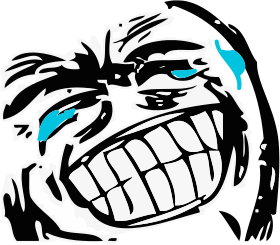 To quickly debrief you, here’s what David did:

Sure, this sounds great in theory, right? I mean, why not just rent (or buy) a physical server or two, and run your stuff there?

Let me ask you this: what happens if:

I’ll tell you what happens: his shit stops working.

Yah–it isn’t very hard to spin up some simple infrastructure services using Chef–pretty much anyone with a couple hours of free time can figure that out. The real issue is writing and designing a platform robust enough to not only account for hardware / software failure, but also to provide you (the developer) with enough security that you can effectively sleep easily knowing that your service will be running when you wake up in the morning.

If I had to bet money, I’d bet on chaos every single time. Why? Because software is complex. Hardware is complex. Spending a few hours bootstrapping a simple one or two server setup is nowhere near good enough to run services that people actually use.

Sure, David may be able to get away with it–for a while. But unless he plans on dedicating a significant portion of his time over the next couple of years to actually building a robust service platform–I believe it’s safe to say that David didn’t successfully replace the cloud with his work.

If anything, he simply localized his problems.

One of the big points that David mentions in his article is that he had no way of monitoring his dyno and application performance, and couldn’t figure out why so many weird things were happening:

Then shit started to hit the fan.

In no specific order, we started finding numerous problems with various systems:

Not only is there no data here to substantiate any of these claims–but monitoring these things is a piece of cake.

One of Heroku’s add-ons is meant specifically to diagnose this sort of issue: New Relic. If you’ve never heard of New Relic, you’re missing out. It’s the greatest software monitoring system ever built.

Here’s a screen shot of the dyno page of my New Relic panel. What you see here shows the average memory usage of my dynos, as well as the amount of dynos I have running, and any backlog (HTTP requests that have been waiting in a buffer because I don’t have enough dynos to concurrently process them).

Now let’s take a look at my web transactions page:

I can easily drill down into any view in my Django site, and see exactly what is happening. I can see (among other things):

Hell, I can even view specific stats on my celery workers:

I’m not even going to bother showing you the database tab, because I think you already have a good idea of where I’m going with this: Heroku isn’t the problem. You are. 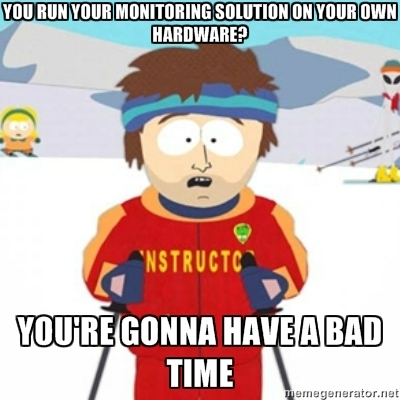 First of all, Sentry is an awesome application. I even use it myself for monitoring multiple services. And in the off-chance you’re not familiar with what Sentry does–it essentially provides application monitoring / error reporting / error searching for your applications.

However, what does it say (to your customers) when you tell them that:

All in all, it just seems like a bad idea.

On the Shoulders of Giants 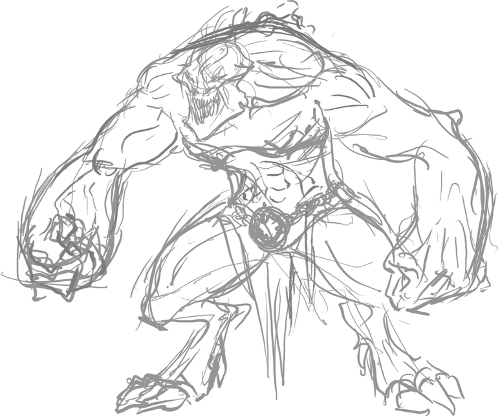 To be totally open and honest (I’ve written about this a lot in the past)–I’ve done the same thing before. I’ve built my own hardware deployment / backup / redundant platform.

At the time, I thought it was an awesome idea. After I jumped over the initial learning curve, it all seemed like a piece of cake. This is the way everyone should do it! It’s so cheap! It’s really awesome! But after a while, things changed.

I found myself spending tons of time every month dealing with:

After a few months passed, I looked back and said to myself: What the hell?. I went through so much trouble and time to build out my infrastructure and add in support for backups, recovery, etc.–that I ended up blowing enormous amounts of time on tasks that have all already been solved by people far smarter than myself.

To make things even more hilarious–after testing Heroku out initially, and migrating one of my large work applications over to it–our hosting costs dropped dramatically. After analyzing the costs, I found that:

While most of our cost savings came in the form of not having to run redundant servers–it was still an enormous amount.

Through this experience, I learned:

I hope you had fun reading this article. I wrote it with humorous intent–not to be taken seriously or offensively by anyone; I have a lot of respect for David Cramer.

The main point of this article is to combat the myth that “the cloud is not for you”. The cloud IS for you. Platforms like Heroku allow you to easily develop and scale your web services in a way that completely changes development.

Instead of spending your time worrying about administration issues, you can code to your heart’s content without worrying about stability, scaling issues, or anything else.

The next time you write a web service, give Heroku a try; I promise you won’t be disappointed.

UPDATE: In response to this (and many other related articles I’ve written) I wrote a book on Heroku, The Heroku Hacker’s Guide. If you’re at all interested in deploying web applications on Heroku, you should check it out.