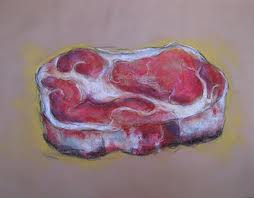 Since finishing my writing habit, I decided to kick off the new year with a health related habit.

Over the past year or so, I’ve been making gradual changes to my diet and exercise regimen, with the intention of losing weight, getting healthier, and getting smarter. There’s a lot of evidence that suggests having a fit body also leads to having a fit mind, and that is what originally enticed me to give the whole fitness thing a shot.

When I first started dieting / exercising, I had no clue what I was doing. No clue whatsoever. I thought eating meat was bad for you and fat content in food was directly correlated to waist size. How wrong I was!

After several months of eating nothing but vegetables and breads, running till I couldn’t breathe, and struggling for every pound of weight lost, I began to actually research the whole process. I started reading numerous books on health, which foods are good for you, which foods are bad for you, etc.– eventually discovering the ketogenic diet.

During the three months that I maintained a strict keto diet, I lost nearly 40 lbs, and reached my lowest weight since the start of university in 2006. It felt great.

Then I started getting busy. I gained some of the weight back, and gradually let my exercise regimen slip out of control.

So starting today, I’m working my way back to where I was, to finish this thing the way I started–a success. The new habit I’m attempting to build is simple: eat less than 100 carbs per day.

I’d eventually like to cut my daily carb intake down to around 30 carbs and completely eliminate all sugar intake (sugar is bad for you), but I figure that to start, 100 carbs should be fine. Since I haven’t been in hard-core dieting mode a for a while, 100 carbs is enough to make it not so difficult, while still being a challenge.

These habits are meant to last forever, after all, so I’m in no rush. I’ll start with 100 carbs now, and then possibly jump down to 75, 50, and eventually 30, depending on how successful I am along the way.

Reflecting back on why I think I failed to maintain my diet / exercise regiment earlier last year–I think the primary reason was that I jumped into things too headstrong. I have always been a perfectionist by nature, and when I decide to do things, I typically dive in all the way. While this mentality has served me well in numerous circumstances, it has also backfired more times than I care to mention here.

When I eventually started to slip off my diet months ago, instead of simply getting back into the groove after a cheat day, and treating my diet as a habit (and thus, a lifestyle change), I instead ended up feeling angry with myself for messing up, and gradually drawing out the problem instead of fixing it.

Since I dove into it so headstrong before, when I did mess up, I was extremely upset with myself, and had a really hard time continuing. This time, to remedy that possibility, I’m going to be taking things a bit slower, and building sustainable changes that will (with discipline) last a lifetime.

If you’d like to learn more about ketogenic diets, here are some good resources: