Several days ago I was lucky enough to attend Heroku’s first conference, Waza. Waza is the Japanese word for art and technique, which, in retrospect, was nothing short of the perfect name for the event. In my life, I’ve never attended such an artistic, well planned, and stylish event.

If this isn’t the first time you’ve visited my site, you probably know I primarily write about technical stuff. Over the past few months I’ve been writing a lot about Heroku, which is, in my opinion, the best Django hosting platform available.

A few weeks back I got an email inviting me to Heroku’s first conference, Waza, which was going to be held on January 11th in San Francisco.

I immediately accepted the invitation. It’s not every day you get to meet with a group of the best programmers in the industry. The guys who work at Heroku are all top notch developers, and people. If programming was illegal street fighting, and I had to pick a partner to help me escape a no-rules-street-fight, I would pick anyone from the Heroku team in a heartbeat. :) 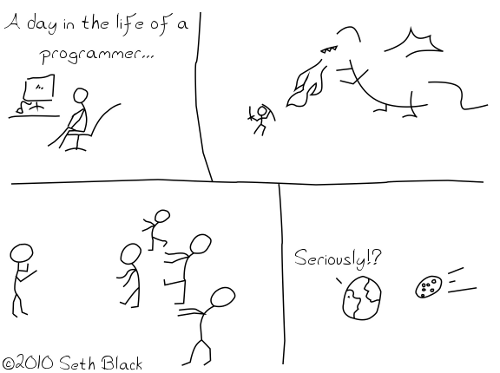 Anyhow, despite the fact that I can’t imagine why anyone from Heroku would invite me to their conference, I got in!

Without a doubt, Waza was by far the nicest conference I’ve ever been to. It was nothing like a traditional tech conference.

The venue was particularly stunning. The event was held at Yoshi’s, a jazz club in San Francisco. Heroku essentially turned the entire inside of the place into a Japanese village. There were zen gardens, Japanese style eating mats, amazing tea, and beautiful lighting throughout. Entering the venue was a lot like walking into a dream. The entire place was beautiful, elegant, and relaxing.

NOTE: I didn’t get any pictures of the event, but Kenneth Reitz got a ton that totally kick ass. I highly recommend checking out his Flickr album. If you look close, you’ll find me :)

The event started at 11am with an excellent opening talk by Adam Wiggins, CTO and co-founder of Heroku. His talk was all about building excellent applications: why elegance is important, what trends software development got over the past decade, and what trends will become influential this decade. His talk primarily focused on application elegance, which I thought was a great intro for the Waza conference, which focused on software development technique and art more than anything else.

The talks were all amazing. All were focused around building elegant applications. As a developer, I truly enjoyed the talks I got to attend. They were all inspiring, well executed, and filled with lots of useful information.

By far the best part of the event was the people. In particular, I got to meet: Craig Kerstiens, Kenneth Reitz, Curt Micol, and Issac Kelly. Those guys are all programming superheroes.

I’ve known Craig, Kenneth and Issac online for a while, but meeting them in person was really great. If you guys are reading this: we should meet up again soon!

As a complete surprise to me, I learned after arriving at Waza that Rob Pike was going to be giving the closing talk. If you don’t know Rob Pike: he’s one of the most influential programmers of all time. He co-created UTF-8 (unicode), created the Go programming language, and made countless contributions to UNIX. He also wrote two excellent books that contributed wildly to the programming profession: The Practice of Programming, and The UNIX Programming Environment. Without Rob Pike, the world would truly be a different place.

Seeing Rob in person was fucking awesome. His talk was great, and it was incredibly inspiring to even be in the same room as such an amazing guy. As my wife can attest, one of my lifelong dreams has been to meet Brian Kernighan, Dennis Ritchie, and Rob Pike. While I’ll never be able to meet Dennis (he passed away last year), I’m extremely happy to have had the opportunity to meet Rob. 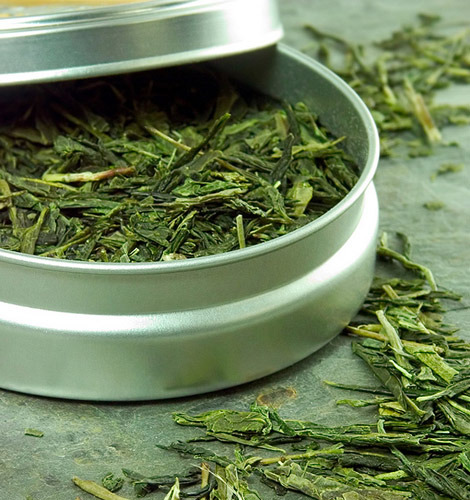 Oddly enough, other than an excellent group of techies–Waza had some amazing vendors come to cater the event, one of which was teance, a Berkely tea shop. They were serving several types of fresh tea, all of which were fabulous.

I’ve never been into tea much, but after a cup of teance’s green tea, I was a convert. Best tea I’ve ever had in my life, hands down.

What made it even better was that the owner of the shop happened to be at the event serving tea, and answered all sorts of crazy questions I had about the tea.

After the event, my wife and I drove to the teance shop in Berkeley, and had tea at their bar. We tried several types of tea, and left with a couple hundred dollars worth of the stuff. Money well spent.

If you’re into tea at all, you should definitely check out the teance site and order some. I guarantee you won’t be disappointed.

Waza was a great event. The venue was great, the whole thing was comfortable and relaxing, and there were tons of smart and interesting people all over the place. It was a great experience, and I had a ton of fun.

I hope the Heroku guys throw another one sometime soon.