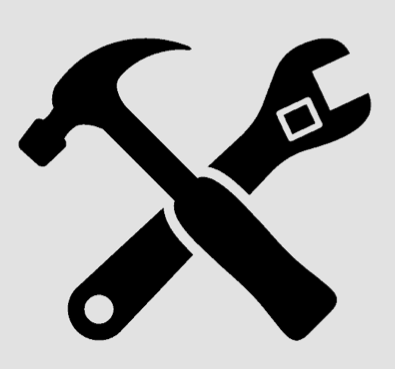 I love reading about tools other programmers use in their day-to-day existence. There are so many great pieces of software out there that it’s impossible to hear about them all. Whenever I read articles (or watch screencasts) that other developers make, I tend to learn a lot.

So, I decided to start my own series here on my site, dedicated to talking about the tools I use, and how I use them. Unfortunately, I probably don’t have much useful information to give in this area–but I figure that if I start writing about it, I’m bound to learn more about the tools I use along the way. So this is a win-win for me.

As this is the first article in the series, I figured what better time to discuss tmux, my favorite terminal multiplexer!

GNU screen is one of the most popular terminal multiplexers of all time. What it allows you to do is have a large amount of virtual terminals that you can create, move around, and use at will. What’s great about tools like GNU screen is that they allow you to quickly move between your terminal windows using keyboard shortcuts, which can often times be a lot quicker than alt+tab’ing to a new terminal window on your OS.

The other great thing about terminal multiplexers like GNU screen and tmux is that they give you the power to tile your windows as you please. For instance, you can run two terminals side by side, one window with code, and another with a shell for testing your code on the command line. This can be a great help in many situations.

When I first made the jump from using my OS terminal program to using GNU screen a few years ago, my productivity shot up enormously, as I was able to quickly move around through terminals like I never could before. I instantly started writing code faster, finding problems quicker, and spending much less time creating and moving terminal windows around on my desktop.

While I was using GNU screen for a few years, I always had some issues with it that didn’t sit well with me. For one, while I had my GNU screen software highly configured, I was still unable to perform some seemingly basic tasks like create horizontally split windows. This meant that I could only open columns of terminals, restricting the usefulness of my terminal.

Furthermore, GNU screen had a lot of complex key bindings that tended to make it difficult for me to get used to. I remember spending quite a bit of time when first learning GNU screen just memorizing the basics.

One frustrating day while I was struggling to adjust some screen key bindings, I decided to look for alternatives. After a bit of research I stumbled upon tmux. What a great day that was.

tmux, just like screen, is a terminal multiplexer. What’s great about tmux is:

A picture is worth a thousand words. I won’t bore you any further, here are some screenies of tmux in action.

This first picture is just a simple display of tmux with multiple windows open (note the window names at the bottom): 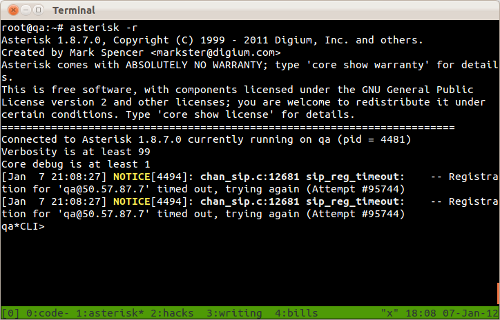 Next, we have a single tmux window open, broken into three panes: one is vertically split, while the other is horizontally split. As you can see, this makes coding quite convenient since I can code, look at tests, and browse documentation all in the same window: 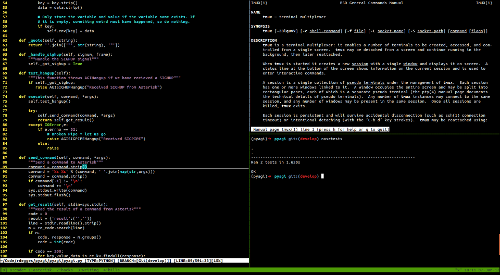 Here I just hit a single key, and had tmux automatically re-arrange my panes a few times in a row. Nice, huh? 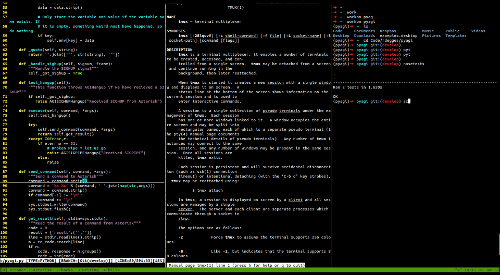 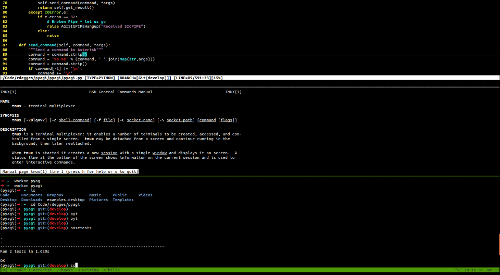 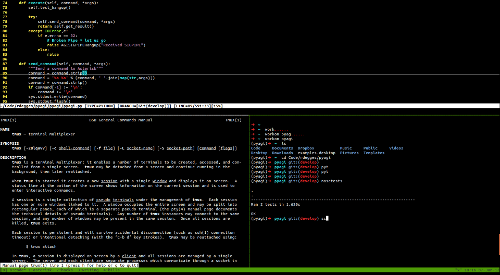 One of the great things about tmux is that it requires almost no configuration to be useful. Unlike GNU screen which requires quite a bit of tweaking (in my opinion) to be useful, tmux has sane defaults out of the box.

Below is my ~/.tmux.conf file. As you can see, it’s very simple:

The changes I made are simply to remap keys for my own preferences. Here’s what my changes do:

As you can see, I had to make very few changes to tmux in order for it to be useful to me.

If you’d like to give tmux a try, here are some resources to get you going. tmux has become one of my favorite and most used tools since I started using it earlier last year. I’d highly recommend it to anyone who does a lot of terminal work.