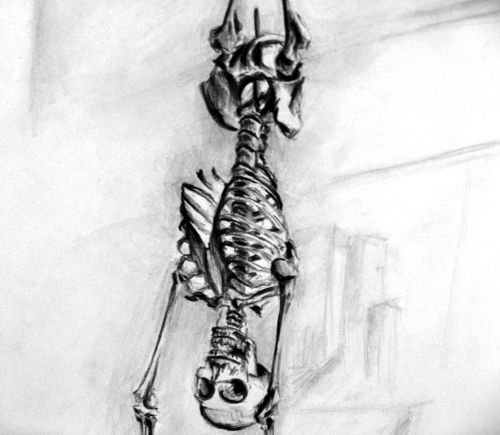 Over the course of the past month, I’ve been completely exhausted. Last month I packed up all my stuff and moved into my friend Alven’s spare bedroom with my wife and dog while we looked for a new place to live in bay area, CA (thanks, Alven!).

A few days after arriving, both my wife and I came down with a really bad cold (that is still lingering, almost a month later). For almost three weeks we both spent all our time in bed, consuming a ridiculous amount of tissues, and heavily abusing both cough syrup and ibuprofen just to make it through the day.

On top of the crazy move and illness, I also had a ton of social commitments and work stuff going on. Last month I attended two amazing conferences (Heroku’s Waza conference and pycon US), while also launching several new (large) work projects that each required a lot of effort.

To keep the story short: I was completely physically exhausted.

While sick, I spent quite a lot of time in bed on my laptop. Although I didn’t have any energy, I was actually quite surprised to find myself routinely churning out code, finishing tasks, and generally making lots of solid work progress.

After the first week of lying in bed writing code and finishing tasks, I reviewed my progress (expecting to see an enormous productivity gap), but was pleasantly surprised to see that despite being sick and having no energy, I had actually finished a tremendous amount of work ahead of schedule!

How could this be?!

The following week I decided to carefully monitor my work progress and pay closer attention to my thought processes throughout the day while working.

What I noticed was that although I felt like crap physically, and had little to no energy to spare throughout the day, I actually had a lot less mental resistance to working, which ended up positively affecting my productivity.

During a typical workday I’ll open up my laptop, review my list of tasks for the day, and go through them one by one getting as much finished as possible. The catch here is that while working, I often find myself distracted by a million little things: email, social networks, news, instant messaging, phone calls, etc. In any given day, these tasks probably take anywhere from one to four hours of my time, and take a heavy toll on my focus – it’s a lot harder to get stuff done when you’re constantly getting distracted.

Although I’ve solved this problem in the past (using the pomodoro technique), I’ve unfortunately let the good habits slip aside over the past year and fallen back into the trap of succumbing to little distractions and silently suffering with split focus.

While I was sick, however, this problem went away completely. Maybe it was due to the fact that I was just too tired to do anything other than absolutely necessary – but each time I opened my laptop I just started grinding through my TODO list with no hesitation whatsoever.

Sure, I wasn’t working on anything particularly creative during this period (I doubt I would have made any progress if that were the case), but I was successfully finishing important tasks that I had previously laid out, and ended up making a positive impact on the company even while feeling completely exhausted.

After I analyzed my working patterns and noticed that I was able to really grind through a lot of straightforward tasks while completely exhausted, I tried my best to recollect any other high productivity times to see if there was any correlation between my personal productivity and my level of tiredness.

The first thing that came to mind were the clear productivity benefits I got after I started lifting weights regularly. When I first started lifting weights at the gym during the day, I noticed that I was able to get an enormous amount of work finished after getting back home. This actually affected me so much that I changed my work schedule around so that I’d go to the gym first thing in the morning (after breakfast), then work immediately afterwards, in order to reap the productivity benefits.

Although I didn’t classify it that way initially (I simply thought working out was a productivity booster itself), after my recent reflections, I can’t help but think there’s a clear pattern here: working while exhausted allows me to easily grind through tasks without distraction.

Though I truly love my work, I find that when I’m full of energy I’m so much more prone to distraction: hopping from one thing to the next without steady focus.

I’ll let you know how it goes.