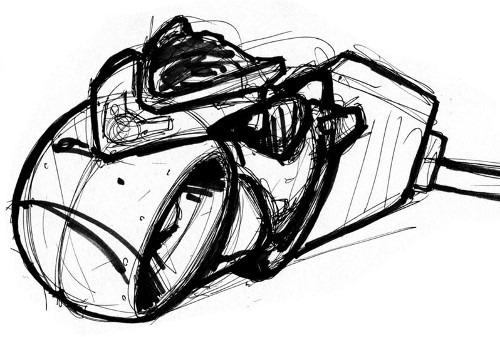 There are certain practices every programmer learns at one point or another, which greatly improve their productivity. All the best productivity hacks for programmers are obvious things (in retrospect), but sometimes having them explained to you and presented in a direct way will trigger the Oh yeah! I should be doing that! light bulb which eventually leads you to implementing these practices.

Continuous Delivery (CD) is one of those practices.

When I first learned about CD (via The Pragmatic Programmer), the light bulb clicked in my head. While the concept is certainly not special in any way – after all, everyone knows and understands that automatically deploying code you write into production is something that’s possible – it never really hit home to me as being incredibly useful until I read the book and got the full concept explained to me in simple terms.

CD is something every programmer should be using 100% of the time, without exception.

From the time I first learned about CD (~4 years ago) until last week, I honestly never thought I’d be writing about the subject. When I first learned about the concept of deploying your code automatically into production, it immediately seemed obvious to me why this was such a great idea, and I never even questioned in afterwards.

The concept seemed so simple that I figured everyone except for me must have known this all along, and that there was never a reason to share the practice with anyone else since it’s so obvious (in retrospect).

It wasn’t until last week when I was working on a small work project, without practicing CD, that I realized how annoying programming without CD is, and how important it is that every programmer know about (and practice) CD for all their projects, all the time.

The concept of CD is simple: each time you write code, it is deployed automatically into your production environment.

This can mean a lot of things (so I’ll elaborate).

Let’s say you’re writing a web application and using Git to store your source code. If you wanted to start using CD, you’d need to set up your environment such that each time you push code to your Git repository, that code is automatically deployed to your web servers so that your new code is running live.

Let’s say you’re writing some desktop software, something like iTunes – In this case, CD might mean that every time you push new changes of your code to your Git repository, a new binary of your software is built, and distributed to your download servers, such that all customers who are checking for updates will automatically download the latest release.

Regardless of the type of software you’re writing, CD has several enormous benefits that will help you become a better (more productive) programmer.

One of the most obvious benefits of using CD is that it forces you to not break the build. This is something that (horrifyingly) seems to happen in programming projects all over the world, which can (for the most part) be easily solved with CD.

Let’s say you’re working on a project with three other developers. Your goal is to add a couple of features to the company website. Each of you starts working on one feature.

You notice that one of the developers has been pushing lots of code to your GitHub repository, but that all of his commits are breaking the main website. This is causing problems for you, as before you can push your changes to GitHub, you have to merge his unfinished (broken) changes into your code, which makes you unable to test your changes out to see if they’re working or not.

When you’re using CD, pushing broken code to your repository is unacceptable, as these changes will be immediately deployed live (for the world to see!).

Imagine running an enormous website and pushing a change that crashes the site and prevents you from getting 500,000 new visitors – that’s a huge mistake!

Using CD forces you to make small, functional, incremental changes to your code base. Not only will this practice ensure your code base is always in a usable, working state, it will greatly improve the overall quality of your project, reduce frustration in team settings, and force you to improve your programming skills by always keeping your code base in working condition.

Maintaining a working code base is hard work! But it’s fun, challenging, and extremely useful to all involved.

Last week, I started working on a small project for work. Specifically, I was writing a web scraper which iterates over millions of web pages and downloads the content in structured form.

When I started the project, I was aiming to get things going as quickly as possible, and so, for the first time in a long while, I decided to just start hacking the code locally on my laptop and ignore all the other stuff I normally do (setting up CD, etc.).

Once I had a very basic program in working order, I created an EC2 server to run my code, logged into the server, copied my new code over to the server, and started running the scraper.

All was good! … Until the next day.

The next day I realized I had forgotten to do some important type conversions – the latitude and longitude data points I was scraping were being stored as strings, which ended up feeding poor data into my consuming applications.

All in all, that took about 45 minutes, 20 of which were spent moving my code from my laptop back to the server and re-running my web scraper (and then making sure it didn’t crash).

Over the next several days, I ended up making several more changes to my web scraper, each time requiring me to spend about 20 minutes deploying my code to the server manually.

After the 5th day of this, I was dreading making anymore changes to the project. It was then that I remembered one of the golden rules of software development: use CD!

30 minutes later I had configured my CD software, Jenkins, to automatically deploy my code every time I pushed changes to the project. What a relief.

The rest of the week was a lot nicer. In just 30 minutes I had automated 4 hours of manual labor – that’s a lot of time to save (for just 5 days of work!). Imagine how much time you can save using CD if your project is being developed for weeks – or months!

In addition to the removal of a lot of shit work from your day, you’re also freeing your mind up for more important tasks.

As I was working on my project, even though I spent about 20 minutes deploying my code each time I made a change – the reality is that those 20 minutes of wasted time were probably more like an hour. Each time I went to manually deploy my new code I had to get out of the flow of my work to do the deployment, then had to spend some time afterwards to get back into the zone and resume whatever important task I was working on next.

Over the past 4 years or so, using CD in my projects has likely saved me from thousands of hours of shit work, and greatly increased my personal productivity on a day to day basis.

Another (more public) benefit of using CD in your projects is that you’re able to clearly deliver value to whatever stakeholders you may have.

If you’re building a project that customers use, for instance, each time you push changes to your code your customers will see the fruits of your labor. Not only will they be seeing the value for which they’re paying you quicker, but they’ll likely be more engaged with your product as they can see it evolve right before their eyes.

If you’re doing freelance work, using CD is an excellent way to clearly show your customers exactly what they’re paying for, and help prevent frequent update meetings which are primarily a drain on time (for everyone involved).

We’ve talked about why CD is great, and hopefully I’ve convinced you to start practicing CD with all your projects. If you’ve never before set up any CD software, you’re likely curious about how to do so – so let’s talk about that.

You’ve got a lot of different options out there when it comes to setting up CD for your projects.

At the simple end of the spectrum, your source control software probably supports simple hooks (for instance: Git Hooks). Stuff like this will allow you to write a small script that will fire each time you commit code to your repository – a great (simple) way to ensure that every time you push code, your code is deployed live.

The downside to using simple hooks described above is that they’ll frequently slow down your work – if I had to wait 5 minutes for my software to deploy each time I committed code, I’d go insane!

A slightly more complicated (but not by much) approach is to use a service like Travis CI. Travis will automatically download your projects every time you commit code, and then run a script to do stuff (usually run your unit tests, etc.). This gives you a relatively simple (free) way to deploy your code live after each commit. Neil Middleton wrote a great post on the topic which you can use as a guide.

At the end of the spectrum, you’ve got open source options like Jenkins. If you’d like to privately deploy code in as asynchronous a manner as possible, Jenkins really can’t be beat.

To use Jenkins, you’ll need to install it on a server, then use the Jenkins web interface to add each of your projects and configure them. Much like Travis CI, Jenkins will download your code after each commit, and then run arbitrary commands on your code to run tests, deploy it, etc.

For all my work, I tend to use Jenkins to automatically deploy my projects, as it’s cheap (free), reliable, and easy to configure.

If you’re looking for other resources which talk about CD in depth, you may want to give the following books a read – they’re extremely great books, and I’d highly recommend them to any software developer who hasn’t already read them:

While the concept of continuous delivery is a simple one, it’s an extremely practical, simple, and useful tool that every programmer should have in their arsenal. The next time you start a project, be sure to get continuous delivery working from the very beginning, and save yourself from a lot of wasted time.