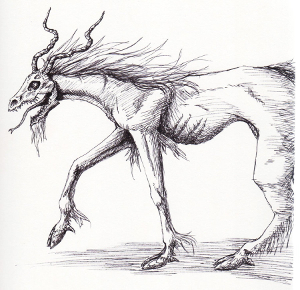 I’ve been working with telephony stuff for almost 5 years now, and have a pretty decent understanding of how things work. Truth be told: the entire telephony industry is one huge hack. All the big players are using old technologies and standards which are frustrating to work with, and cause loads of unnecessary grief for anyone working with stuff! Ugh!

I’m also quite invested in this topic. Almost two years ago I started an API company (OpenCNAM) which makes getting Caller ID information easy for developers.

Since I’ve been doing this for a while, and have seen almost every imaginable problem and roadblock, I figured it’d be nice to get all this off my shoulders, and share some interesting technical information with the rest of the internet at the same time.

What is Caller ID?

Caller ID is an old telco standard for NANPA countries (any country whose phone numbers begin with a +1):

Essentially, the standard (which doesn’t seem to be published anywhere on the internet sigh) says that every assigned phone should have a Caller ID string which is represented as a 15 character, ASCII string.

So, each time a phone company gets a new customer and assigns them a phone number, that phone company is responsible for collecting the user’s name and inserting it into their central Caller ID database.

The idea is that if each carrier has a Caller ID database, then when people make calls to and from one another, this information can be used to display the Caller ID name of the person making the call – this way the called party can see who is calling them.

NOTE: Caller ID works differently in other countries, so I’m only going to cover the NANPA stuff (which applies to all US readers).

How Caller ID is Stored

Now that you’ve got a very high level understanding of what Caller ID is, let’s talk about how it is stored.

When phone companies sign on new customers, they insert the new user’s Caller ID into a LIDB database. Each carrier typically has their own LIDB database that centrally stores all Caller ID for a given company.

For simplicity’s sake, you can think of an LIDB database as a relational database (think PostgreSQL). Now, in actuality, I have no idea what underlying technologies power an actual LIDB database – I can only guess. The reason for this is that there is no information on this technology anywhere online (as far as I can tell) – and all the books I’ve read on the subject seem to skip this bit of information.

The important part is that LIDB databases are where Caller ID information is stored.

Now, here’s the thing – since there are so many different phone companies around the US (and Canada) – including many rural (small) phone companies, what’s ended up happening is that many of the little guys have done one of two things:

Now, as you can see, the above two points have caused a lot of side effects:

I’ll get into these points more later on, but it’s important to understand what is happening.

Caller ID is a horribly old, legacy standard that is hard for both consumers and businesses to use and work with. Furthermore, all of the Caller ID players (with the exception of OpenCNAM) are only making the problem worse, and causing further pain in the industry.

Got any questions? Feel free to shoot me an email, would be happy to help.