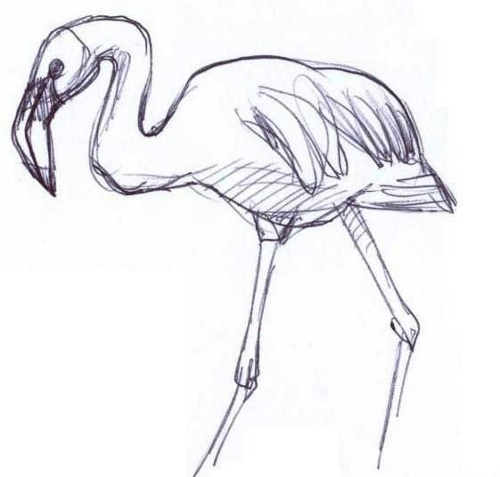 Early this year I wrote a post outlining my goals for the year. Since April is almost over, I thought I’d do my first follow-up to let you know what I’ve accomplished so far, and to put my goals into perspective.

The first goal I listed in my previous post was to start a new reading habit– to read for at least 30 minutes a day. When the new year started, this was the first thing I tackled. I forced myself to read 30 minutes a day for the first month, and since then, it’s been automatic.

I’m especially glad I’ve followed through with this goal already, as I’ve been getting a great deal of value out of it. So far I’ve learned lots of new things, and have really opened my mind a lot.

Another goal of mine was to start a new exercise habit, and consistently exercise 30 minutes a day 5 times a week. From January to February, I did quite a bit of jogging, and a small amount of weightlifting 6 days a week (Monday -> Saturday). In February I joined Team CrossFit, and started doing it 4 days a week.

Since then, I’ve been exercising (usually) 5 or 6 days a week. If I can’t make it to a CrossFit session (which has happened quite a bit), I’ll do some weights in the gym, bike a few miles, or walk / jog for at least 30 minutes on the treadmill.

Since January, I’ve been feeling much healthier, happier, and stronger. Although I haven’t consistently met my goal of 5 days a week, I’m confident that I’ll have it 100% down to habit in the next few months.

I also wrote in my yearly goal post that I wanted to completely cut soda and energy drinks out of my diet. I’m happy to say that I have completely removed all soda from my diet. It’s been a long time since I’ve had soda now, and I’ve completely stopped craving it.

From January ‘till the past month, I had also cut energy drinks out of my diet entirely (I would take caffeine pills instead). This month, however, I discovered the joy of no-carb energy drinks. They taste great, have only 10 calories, and 0 carbs. I’m not completely sure why (probably due to my long history of bad habits), but I get a lot of enjoyment out of sipping on energy drinks through the day (especially while programming).

I still plan on phasing energy drinks out of my diet before the end of the year, but for now I’m happy that I’ve found some which aren’t nearly as damaging to my health as the ones I used to drink daily.

Another one of my ambitious goals this year was to lose 1lb of bodyweight per week (minimum). I’m extremely happy to say that I’ve repeatedly accomplished this goal so far. While it’s true that some weeks I’ve not lost weight, or even gone up a pound or two, the overall trend has been downwards at a rate of more than 1 lb per week. Since the year started I’ve lost 30lbs. We’re about 16 weeks into the new year right now, which puts me at an average loss of nearly 2lbs per week.

I’m currently 230.7 lbs, and want to get down to 175 lbs before starting serious bodybuilding training.

In my previous post I mentioned that I wanted to launch some sort of paid service. My motivation for this was to help improve my overall skills as an entrepreneur / engineer, and overcome the initial barrier of launching a product for the first time.

To me, building my own products and services is a dream that I hope to someday accomplish. I’ve not even started on this goal yet, but as 2012 draws closer I’m feeling more anxious, and plan to start on it soon.

I’ll be sure to give you all some updates as I begin to work on some sort of service.

At my work, one of our large projects over the past couple years has been partylines. This year I told myself I wanted to make them the best partylines in order to crush the competition. Unfortunately, I haven’t had too much time to work on them since the year started, so I haven’t made too much progress in this area. However, we plan on launching the ambitious v2 of our partyline systems sometime in the next week or so, and that should be a fresh start, and should help push improvements forward over the coming months.

For my next update, I’ll go into more detail about this goal, as I believe by then we’ll have something completed.

My work’s VoIP company (GlobalRoute) hasn’t been launched yet. It’s been in beta for a while, but got pushed aside to make time for other more urgent projects. I’m still hopeful that this can be launched this year, so more information about this will have to wait until the next update.

Give a Technical Presentation

I haven’t done this yet, mostly due to lack of time. However, this year I’m definitely going to give at least one presentation at a tech meet up. I’ll try to do this before my second update!

This year I planned on visiting several places. So far I’ve gone to two of them, and I’ve still got 4 left :)

I feel like this year has been a great year so far. I’ve still got a lot I want to accomplish before the year is up, and I plan on aggressively meeting all of my goals before then. Over the past 4 months I’ve had a lot of great opportunities to make myself a better person, and so far I feel I’ve been doing a decent job at it.

Hopefully by the next update, I’ll have wiped even more goals off my list!